Communities of all sizes, from cities and towns to villages and hamlets, will experience more secure and less secure times over the centuries. A securable place is one where the most vulnerable parts of the urbanism (such as the interior of a block) can be secured during those perilous times without impairing the major functions of the city, like the ability of people to travel the streets, and to use the civic spaces.
The ability of a place to make itself more secure when times become less certain is good, but that works best when built upon a foundation of a city and a society that dwells there which are more immune to trouble to begin with. The conditions below are those which set a more secure baseline for the community, so that making the community more secure when times turn uncertain isn't such an extreme makeover. Places need to keep a close eye on the indicators of which way things are trending so they can get busy with a toolbox of techniques known to move places toward peacefulness.
These things must be understood within the framework of the nature of the threats. Perils to peacefulness today come mostly from within the community, at least in the more stable developed nations. This was not always so, as threats from antiquity to medieval times often came from armed bands from towns nearby looking to expand their tribe's territory. And with the escalation of social unrest and the increasing flow of climate refugees, it is not possible to say exactly what the landscape of risks will entail, so the best tools will be those which are most adaptable, resilient, and antifragile. 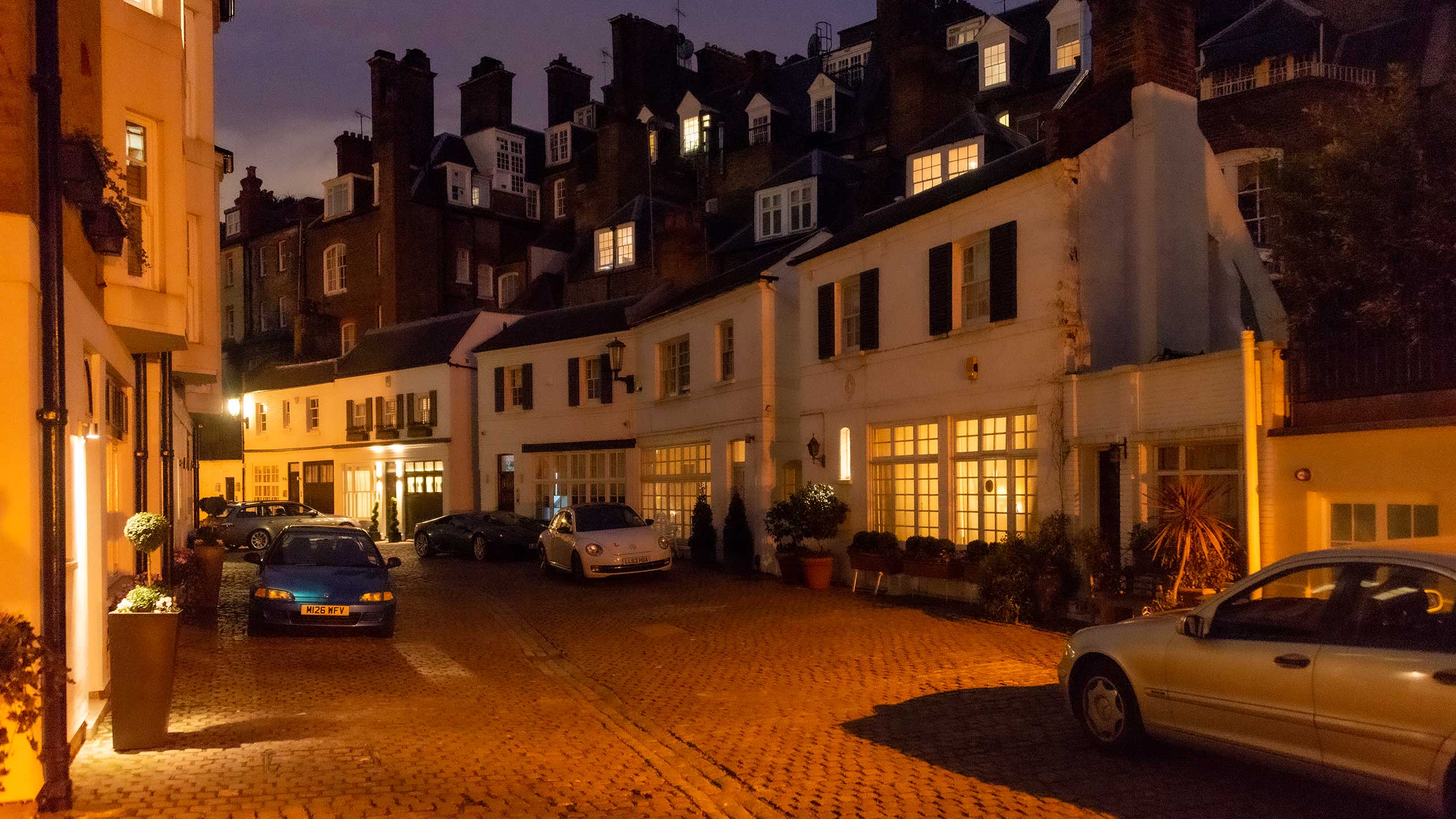 The conditions that follow are found in great places around the globe, so we should be working to achieve these conditions in new and existing cities, towns, villages, hamlets, and the neighborhoods within each of them even if secure and peaceful conditions were not of high concern. But with the uncertainty we see in so many parts of the world today, often including in our own regions, these foundations of peaceful places should be at the forefront of decisions made about the places we build and where we live.

There are two senses in which a neighborhood can be close-knit: the spatial sense, and the social sense. And the spatial reinforces the social because a spatially close-knit place gives people more opportunities to happen across each other and get acquainted.

An open neighborhood is one where the people on the street resemble the people in the town at large to a fair degree in race, ethnicity, religion, and politics even if not as much economically. 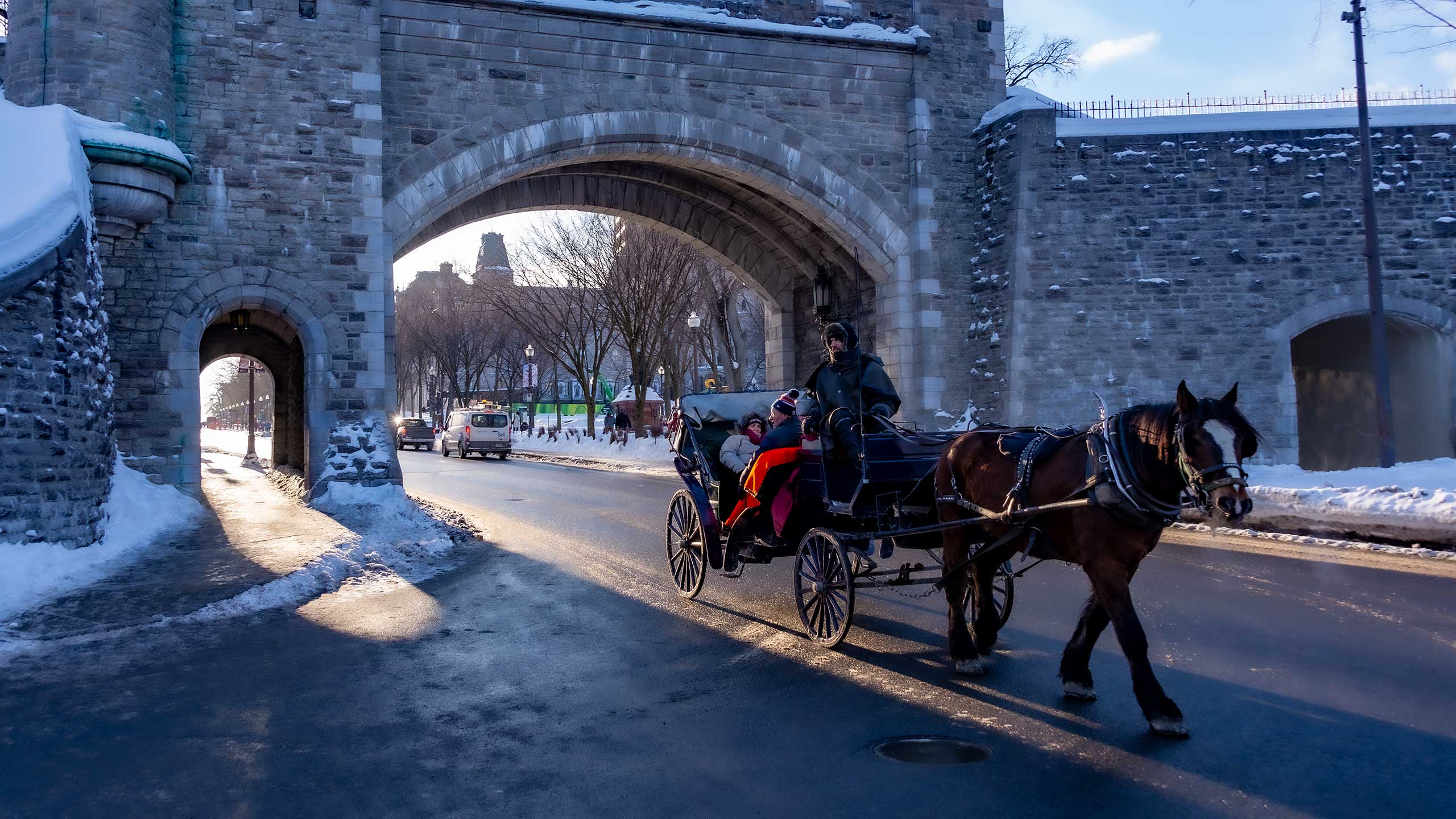 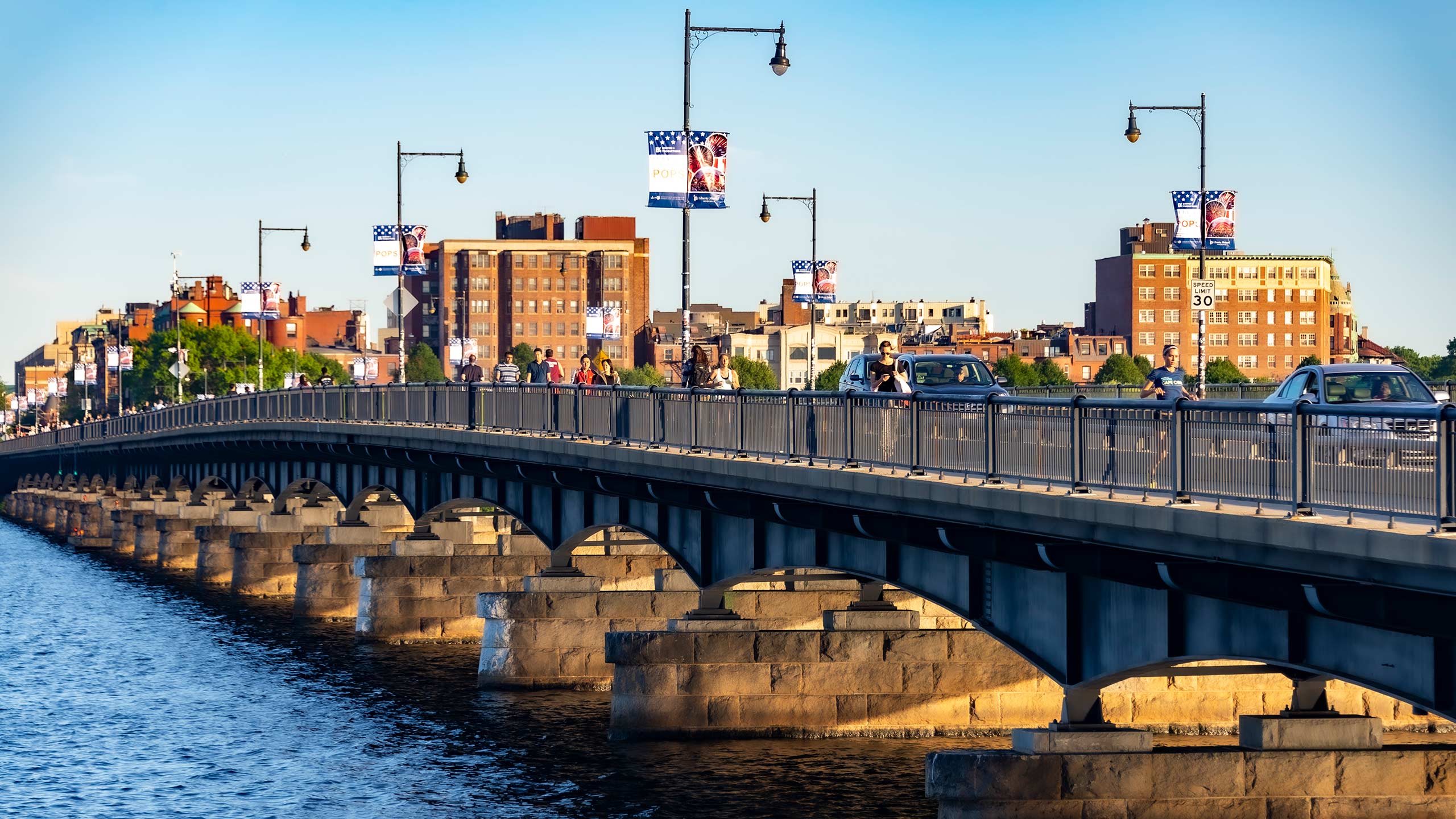 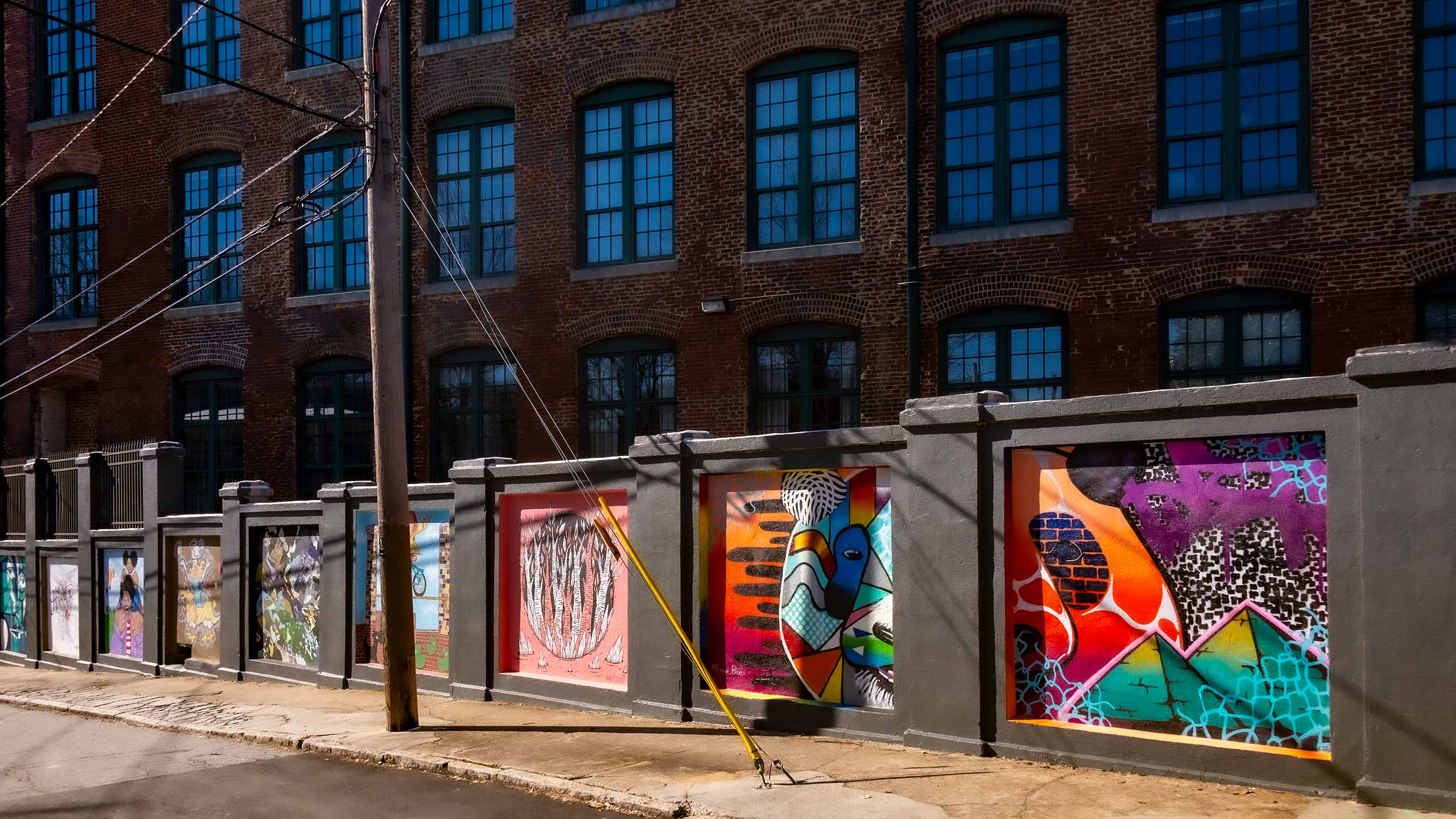 Stability is an illusion; a place is either becoming more secure or less secure. What we perceive as stability is in fact a trend moving slowly at the moment. But there can be sharp jolts to the trend few saw coming that completely break the status quo. Because things left alone tend to decline into disorder, unexpected jolts are usually toward less secure, not more secure conditions. This is why it's important to keep a close eye on trends masquerading as stability. 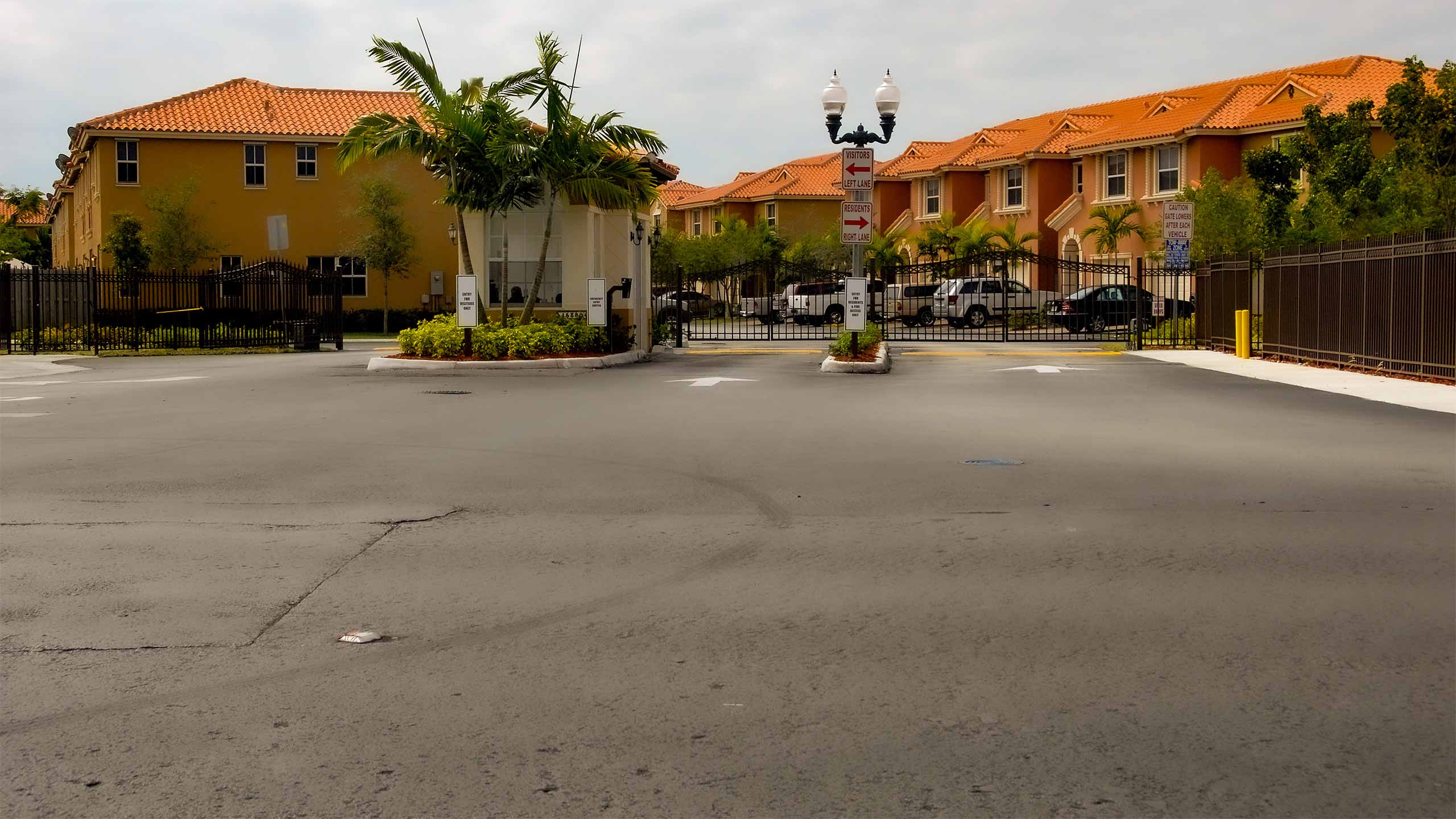 The rise of gated subdivisions in a region is a troubling trend, because it is an indicator that people there are feeling less secure there than they once did, when they lived on the open streets of the city or town. Often called "gated communities," they are not true communities because there are almost never enough residents in the subdivisions to support either retail and other services. And the ability to have offices and other workplaces would require a large influx of workers from outside, which is anathema to the way gated "communities" are marketed.
True gated communities were last widespread in medieval times; Tuscan hill towns are classic examples. Gated towns were usually home to not only everyone who worked in town, but often the farmers of the surrounding countryside as well, because open land could be a dangerous place to live because of frequent roving bands wth ill intent. When everyone lives in town and works in or around town, and can walk to their daily needs in town, then that is a true gated community, and they worked well for centuries It was only when national governments grew strong enough to put down lawlessness in the countryside that the gates became unnecessary, and many of the towns became sought-after tourist destinations, with some of them even becoming UNESCO World Heritage Sites. But gated subdivisions will never achieve this status, and remain a warning indicator of darker days ahead, unless the conditions elevating the fear are addressed. Because when there is too much fear, the people will hole up or leave. 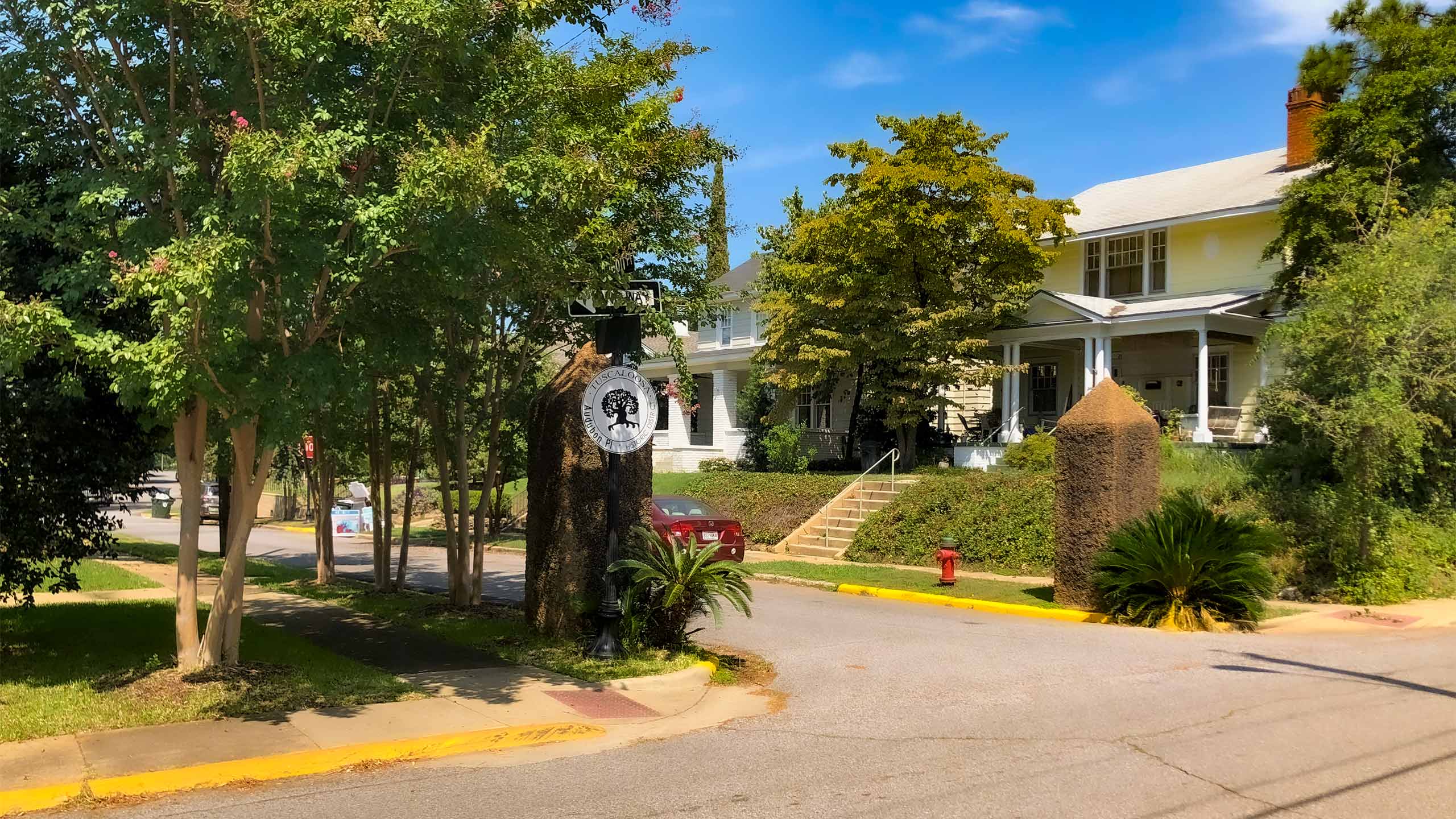 Gateposts with no gates are often indicators of a place that may have been less secure at some point, but where more peaceful conditions ensued to the point that the people behind the gates felt that the gates were no longer needed. There is a second possibility, which is that the place may have been designed to be securable, but the gates have never felt necessary until this day. Both are indicators of good: either good improvement or good preparation. 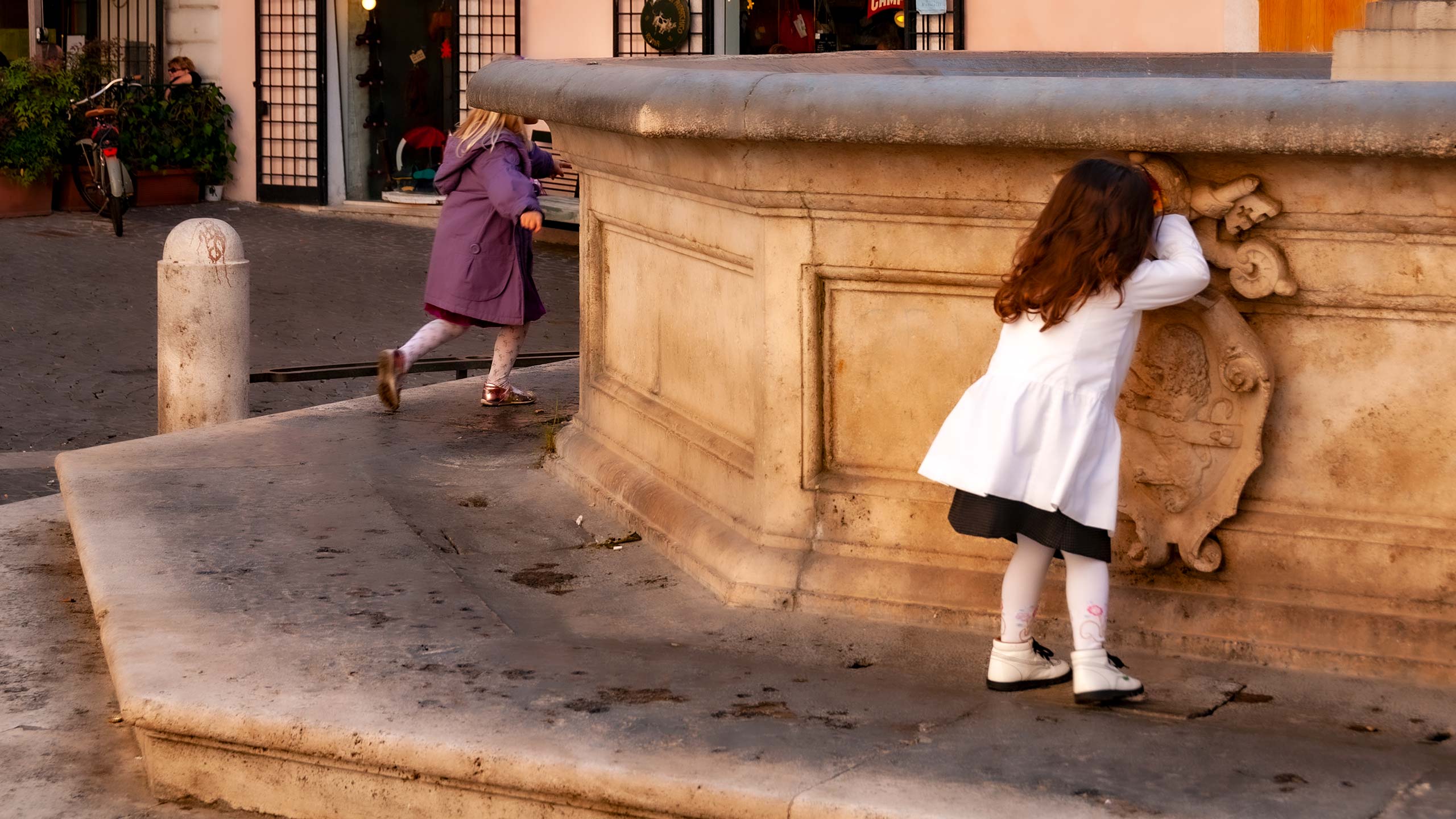 Children being allowed to play in public is one of the very strongest indicators of the perceived safety of the place, especially when they are playing free range, like these two girls playing hide-and-seek. When child's play disappears from public places, on the other hand, that's an indicator that confidence in the safety of the place is declining. The greater danger signal is when children disappear from the public realm entirely, unless held tightly by their parent's hand.

Yes, this is just an industrial metal building in New Orleans' Bywater neighborhood, but it is one upon which someone has bestowed some love. Tony Goldman, originally famous for the remaking of Manhattan's SOHO beginning in the 1970s, began the transformation of Miami's Wynwood from a gritty 1-story concrete block industrial district in an unloved part of the city with the thinnest of reskins: painted murals by serious artists. Today, it's the coolest place in Miami.
I asked a developer in Houston noted for redevelopment of properties rendered nearly worthless by disinvestment and crime into mixed-use, mixed-income places people loved what originally gave him the idea in the beginning that he could actually pull it off. He said "I've long observed that those of ill intent gravitate to places nobody cares about because they can carry out their criminal activity there and get away with it. But when I build something people can care about, the criminals soon move away, and by the time construction is complete, regular folk from the community and from outside the community are happy to move in because the threat of crime has greatly reduced."
So look for signs of care in a place. If most of them are old and decrepit, like a fountain that no longer works on a plaza paved with long-cracked and broken conrete, that's an indicator things are moving in a less secure direction. But if the signs of care are fresh and relatively new, those are good signs for the place. 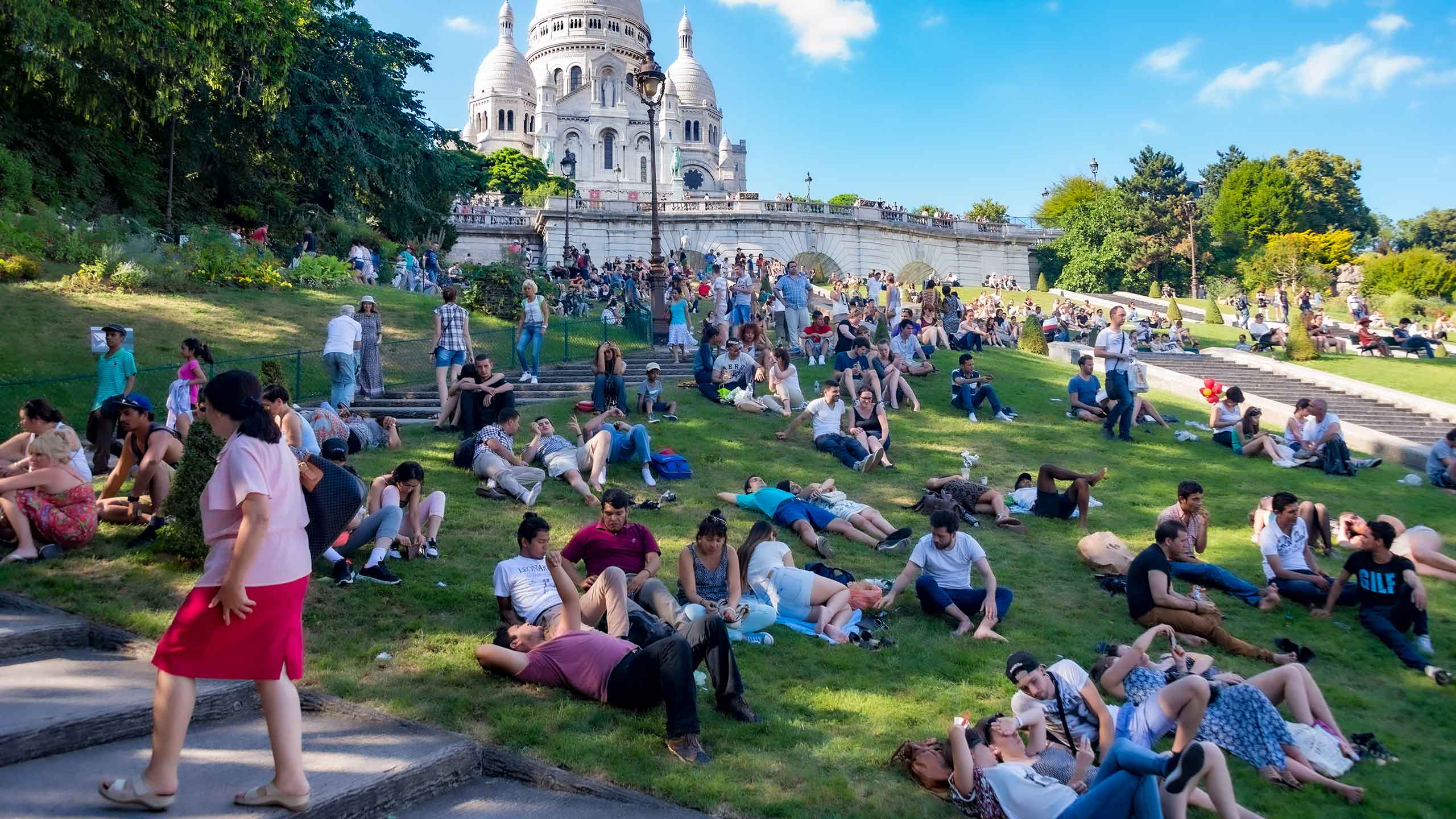 The speed at which people are traveling is a great indicator of the perceived safety or risk of a place. When most people are walking briskly (except in Manhattan, where everyone walks briskly), that usually means the place is either perceived as dangerous or boring, so they want to get past it as quickly as possible. If, on the other hand, they're just strolling, they're probably enjoying the place. The high standard of a peaceful place is one where people sit down and eat, or even lie down in the grass and enjoy the day in great civic spaces like this one.

Morning's first light in the recovery of a struggling place is often a Maker Space. This is so for several reasons: 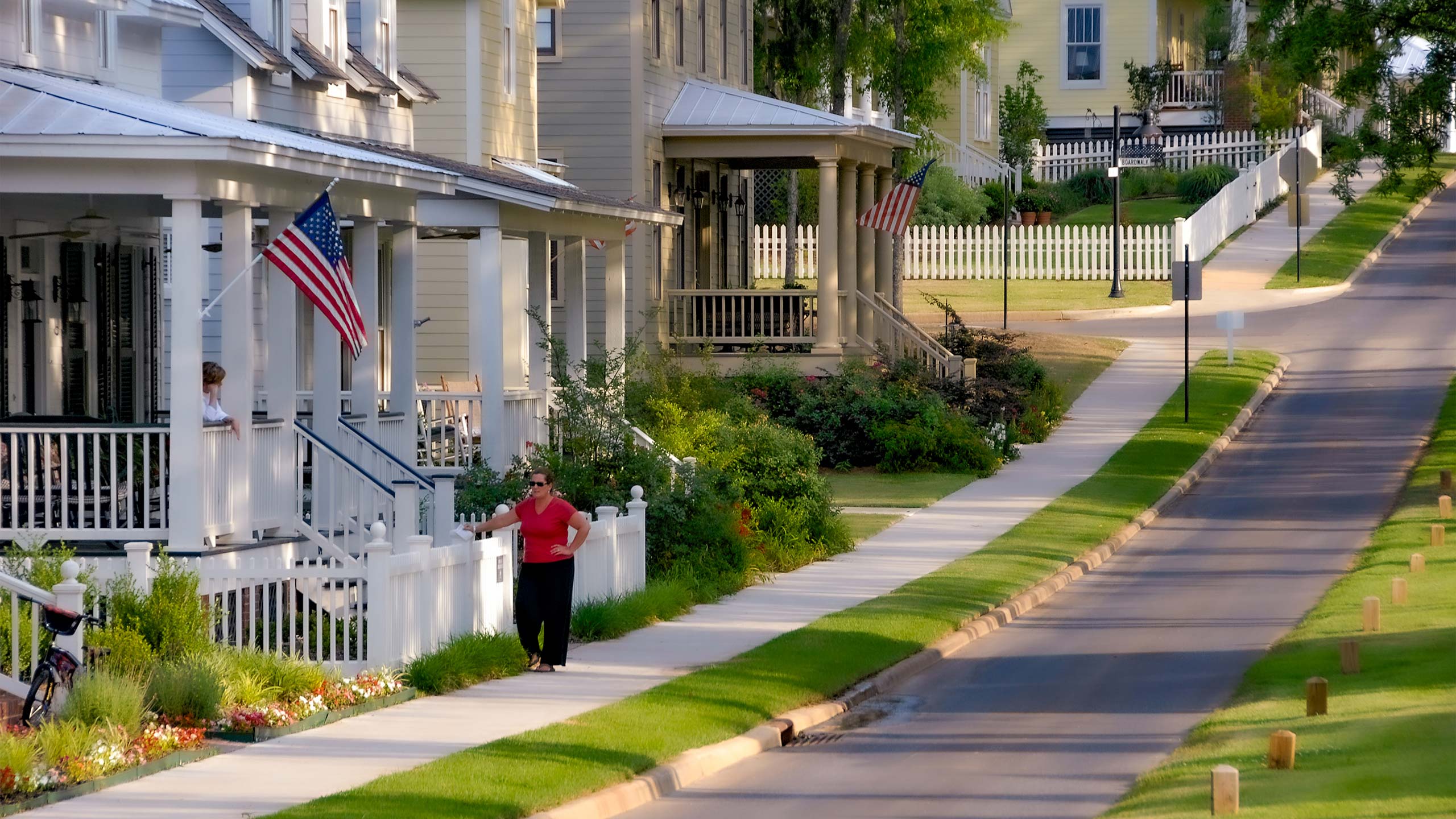 Gifts to the Street 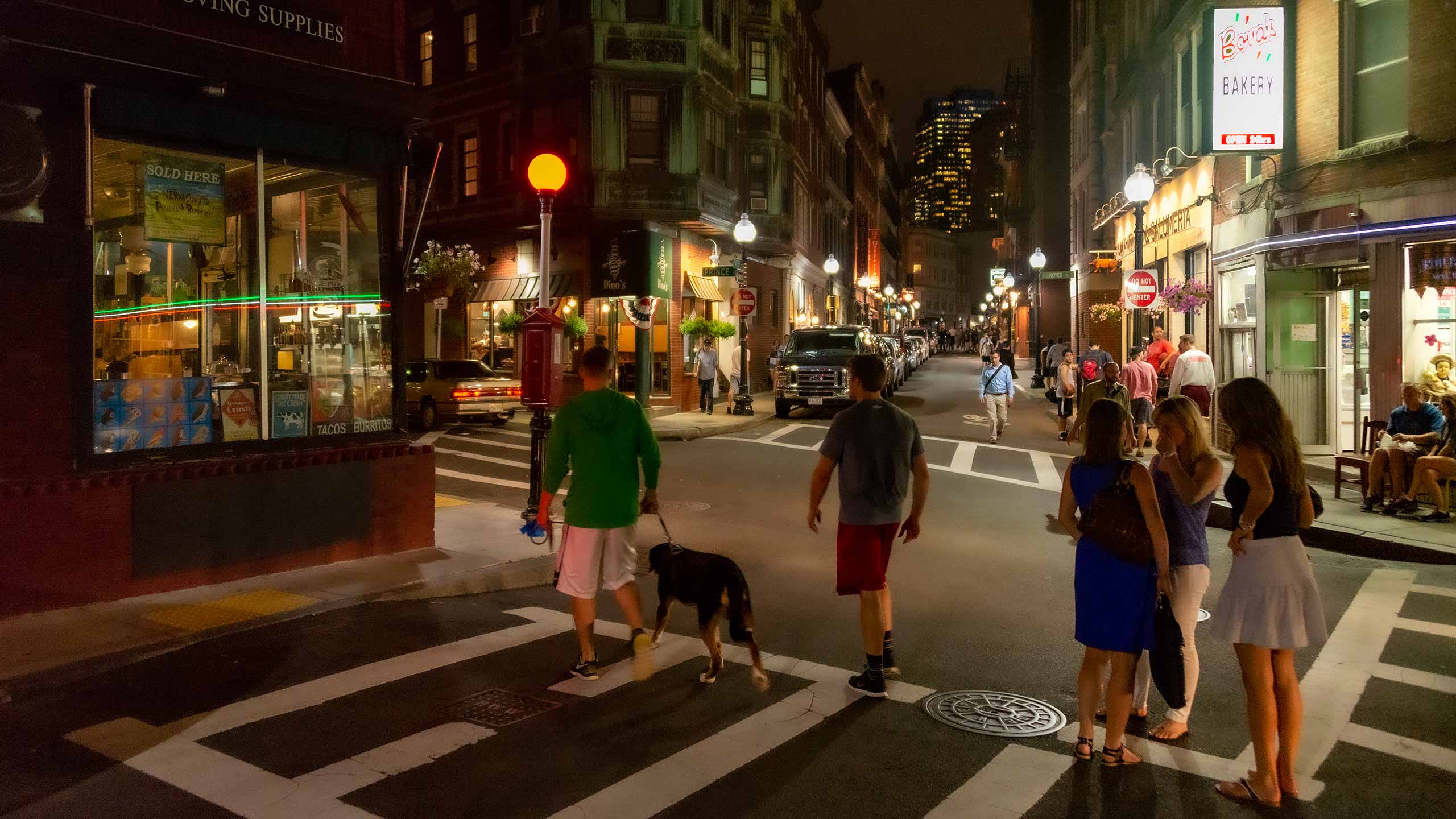 Eyes on the Street

Jane Jacobs championed the idea of eyes on the street in the 1960s as a deterrent to crime. People have many reasons to be where they can see what's going on in the public realm. People sitting on a porch, balcony, gallery, or stoop are not only able to keep an eye on what's happening, but often engage in conversation with those walking by, which helps create a more close-knit neighborhood. Those who walk or cycle to their daily needs observe many things along the way from a moving vantage point, while street vendors and food cart or food truck people stand at their point of operation all day long. Mail and newspaper delivery people run their route each day. Patrons at sidewalk cafes can easily sit in the same place for an hour or longer, while European cafe-sitting traditions welcome people to sit all day if they like.
But there's also a creepy side to eyes on the street: when surveillance, whether by security cameras or by neighborhood watch groups, replaces the organic eyes on the street of people going about their daily lives, it feels like an invasion of privacy, and actually makes the place feel less safe. The implication is "if they need this much security, how unsafe is this place, anyway?" 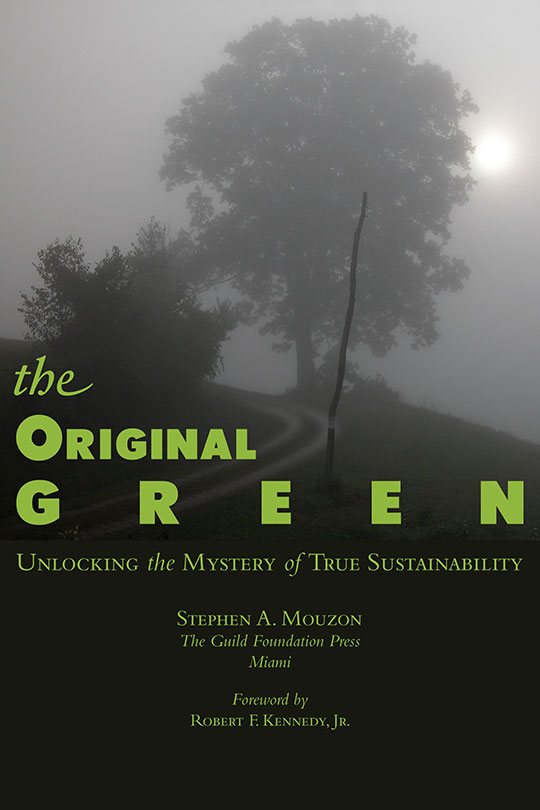 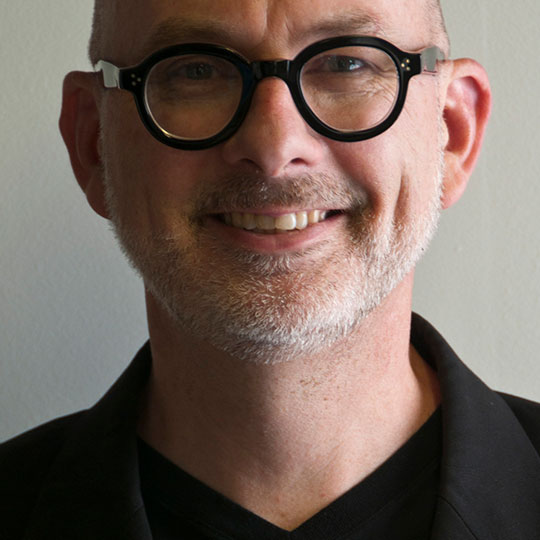